What is a Silver Knight?

The Miami Herald Silver Knight Awards is one of the nation’s most highly regarded student awards programs. The purpose of this Awards program is to recognize outstanding students who have not only maintained good grades but have also unselfishly applied their special knowledge and talents to contribute significant service to their schools and communities. The Silver Knight Awards program was instituted at the Miami Herald in 1959 by John S. Knight, past publisher of the Miami Herald, founder and editor emeritus of Knight-Ridder Newspapers and 1968 Pulitzer Prize winner. 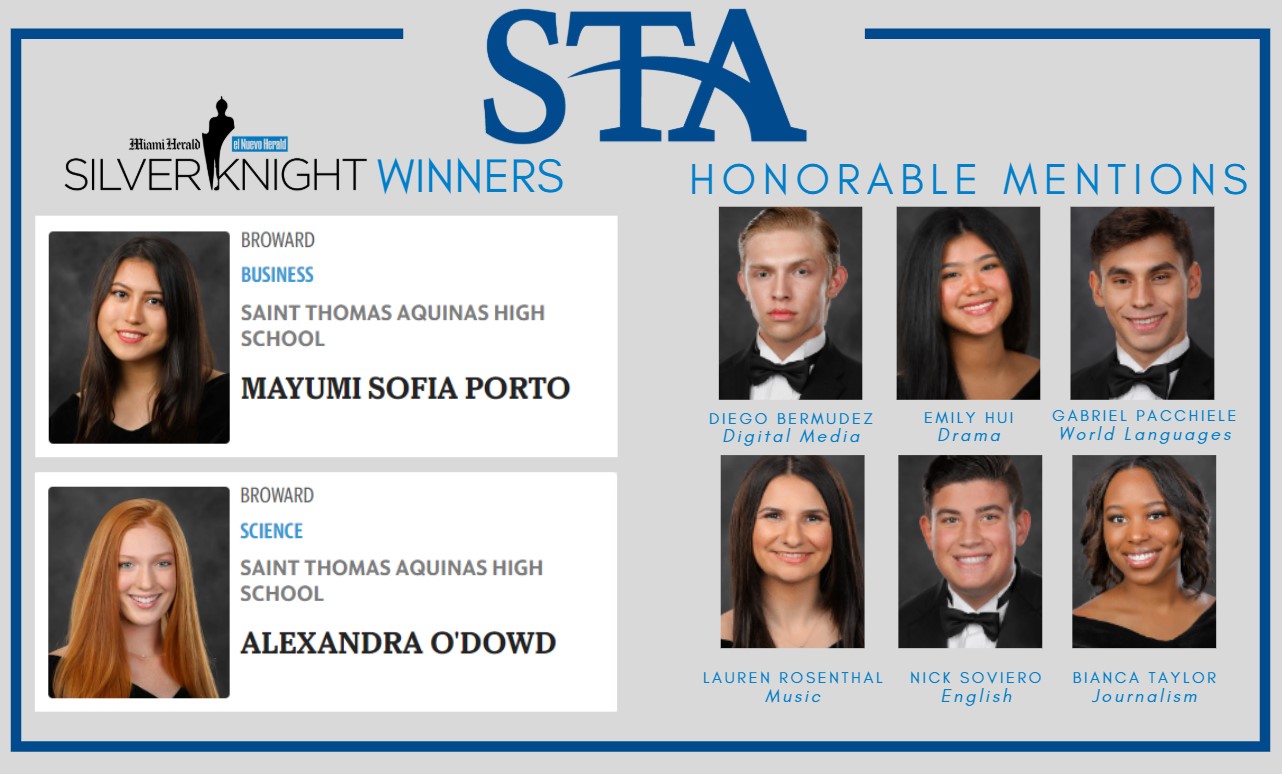 On May 28, 2020, 15 members of the Class of 2020 competed in as many categories for the title and honor of a Silver Knight Award recipient. The Knight Foundation honors South Florida's finest high school graduates, annually, for their contributions to their community and winners are granted scholarships. Eight of our graduates were recognized for their community service efforts by the Silver Knight Foundation!
Alexandra and Mayumi won their categories while Diego, Emily, Gabriel, Lauren, Nick, & Bianca received Honorable Mention.

A huge congratulations to all those seniors who competed and to their dedicated leader, Mrs. Karen Krugman on another fantastic year. Read more about the amazing projects Alexandra and Mayumi championed, below!
https://www.miamiherald.com/…/silver-…/article242885321.html