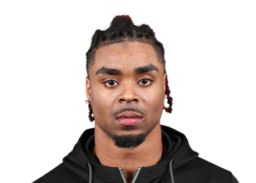 Red Shirt Senior, out of Ohio State University, Corner Back, Damon Arnette was drafted Thursday, April 23rd in the First Round. Arnette was selected by the Las Vegas Raiders as the 19th overall pick of the 2020 NFL Draft.

Arnette considered leaving for the NFL after his junior season but after conversations with his coaches and former Buckeye and NFL receiver Cris Carter, decided to hang tight in Columbus for one more year. It was a good choice, as Arnette finished his career with a second-team All-Big Ten performance (35 tackles, one for loss, one interception, eight pass breakups in 13 starts) for the College Football Playoff participants. He played well in 2018, earning honorable mention All-Big Ten notice with 40 tackles, an interception, six pass breakups in 13 starts. Arnette was a fixture in the Buckeyes' secondary as a sophomore, as well, recording 44 stops, three for loss, two interceptions, and eight pass breakups. The former four-star recruit and honorable mention All-Florida selection from Fort Lauderdale stepped right into the fire as a true freshman in 2016, playing in all 13 games as a key reserve (21 tackles, one interception).

For more information and stats on Damon Arnette visit: