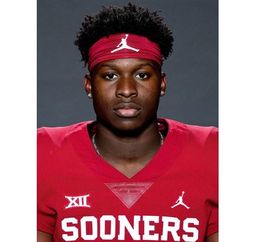 Davis never backed down from the challenge and brought his aggressive mentality to the practice field. As a result, he found his way into a backup role to begin the year. After seeing some action in the first few outings of the season, Davis solidified himself as a viable option to provide depth.

In a conference Monday, September 16th, 2019, the Sooners recognized STA Alum Jaden Davis as their Defensive Player of the game against UCLA two days prior.

Read more about his success here.